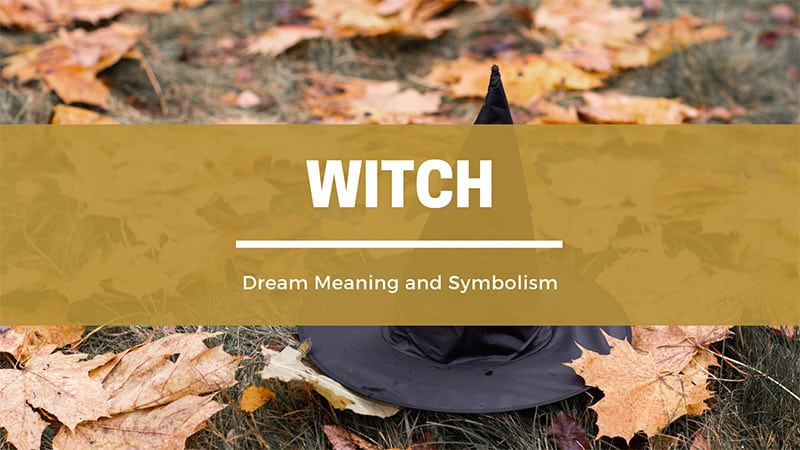 The way that most people perceive witches these days is entirely determined by the media.

Movies have created the image of a witch to be scary, menacing, and ultimately powerful, which can be frightening to most.

However, modern social media movements have started to open people’s minds about different types of witches that use their esoteric knowledge for good, too.

If you’ve recently had a dream about witches, your dream could mean many different things depending on the details of your dream.

In this post, we will be discussing the different ways a witch can show up for you and the mysterious messages that they may be trying to share through the dream realm.

What is the True Definition of a Witch?

According to Miriam-Webster’s dictionary definition, the true meaning of a witch is “a person and especially a woman believed to have magic powers.”

As you can see, this definition isn’t limited to any specific gender nor does it mention anything particularly malicious as the media tries to portray.

In fact, it implies that this particular person is just aware of their individual power as well as the power that surrounds them.

So technically, anyone can be a witch.

All you have to do is get familiar with your unique energy and the energies that are all around you.

Once you can recognize the difference, you can begin to notice the subtle distributions so that you can use them to your advantage.

If you’ve recently had a dream about a witch, it could be inviting you to do more research about witches and occult practices overall.

You may discover more about yourself, your family lineage, and even your own extraordinary abilities.

The History of Witches

In many ancient cultures witches were well known as the “enemies” of the community structure.

This is because some of the witches were documented to wield and use their power for their own selfish reasons.

For instance, in Southern Tanzania, they believed that witches were people who would purposely steal from the community by taking their livestock and other resources.

They even believed that they flew on slithering snakes!

The locals were so afraid of them that they actually had people known as “defenders” to protect their resources.

And of course, you cannot forget the Salem witch trials that took place in the Nothern-Eastern part of the United States.

Although this was fueled by fear of what they couldn’t understand, many innocent lives were lost in an attempt to control “the witch problem.”

Truly, this was again a misunderstanding of energies and intelligence around them.

If you’ve recently had a dream of a witch visiting you, this could be a sign that you’re misreading a situation.

Or, this dream could even be a reminder that you have untapped potential.

It may even be a little intimidating, but don’t be scared of your own power!

The Most Common Dreams About Witches

Thankfully, dreams about witches don’t bring you either a good or bad omen.

In fact, they have their own one-of-a-kind messages that can mean something completely different to one person versus another.

We covered some of the most commonly found dreams about witches and their commonly found meanings for others in hopes that this may be able to help you better interpret your dreams.

Dreaming of Being a Victim of Witchcraft

As you can tell by the most obvious word, “victim,” this dream could easily be interpreted as a bad omen.

However, this doesn’t always have to be the case.

Witchcraft is a practice of using the natural elements around you along with your powerful focus and intention.

If you have a dream about being a victim of witchcraft, this could mean that there is someone around you who doesn’t have the best intentions for you.

The dream realm makes emotions and intuitive hunches more visible because it broadcasts imagery from your subconscious mind.

The subconscious mind picks up on all sorts of things from your feelings that you don’t allow yourself to completely experience in your waking life to even subtle energy shifts from those around you.

This dream could be a sign to pay closer attention to the company that you keep.

Dreaming of Becoming a Witch

If you’ve recently had a dream about turning into a witch yourself, this could be a good sign that you’re stepping into your own power.

Of course, you should pay attention to how you feel about the dream and the details that stand out to you to see if the dream really feels right to you.

If you had a dream about turning into a “bad” witch or someone that made you feel fearful during the dream, this could be a sign that you’re morphing into someone that you don’t like in your waking life.

There could be situations that are making you change yourself to maintain them in your reality.

Dreaming of a Witch Attacking You

Anytime a “violent” dream happens, there is a sense of urgency to the message.

These types of dreams are more likely to stand out to you even after you wake up because of the act that played out in your dream.

This is a good thing so that you can decode the message once you wake up from your dream!

If you had a dream that a witch was actually attacking you throughout your dream, this could mean that you’re being spiritually or energetically attacked in your waking life.

If you have any problems with people in your waking life, they could be using their own energies against you or sending you bad energy.

This is also known as the “evil eye.”

Some people may send this negative energy purposely and sometimes others send it without even knowing by simply thinking negative thoughts about you.

This dream could be a warning that someone around you doesn’t wish the best for you! It may be time to reevaluate your circle!

Dreaming About a Witch Visiting You on a Broom

If you’ve recently had a dream about a witch flying around you or towards you on a broomstick, there could be an important message coming to you in your real life.

Witches are known for traveling above everyone else on a magic broomstick.

This dream could be symbolic for the fact that this message comes directly from source, from something mystical.

It could also symbolize the message coming in quickly as it is avoiding all of the worldly distractions down below.

Not only should you pay attention to the details of your dream, but also the people that come into your life soon after you have this type of dream.

Dreaming of a Witch Bringing You An Apple

Have you ever seen the Disney movie Snow White?

If not, there’s a wicked witch that entices the naive princess to eat an apple that poisons her.

If you’ve recently had a dream about a  witch that is trying to convince you to take food from her (especially if it’s an apple) this dream could be a warning for you to be cautious in your waking life.

If Snow White might have been able to spare that fate if she would have paid a little more attention to the subtle energy that the witch was giving off to her from the beginning.

Although the witch wasn’t forthright with her intentions at all, the situation could still have possibly played out differently should she have practiced more discernment.

Dreaming of a Coven of Witches

If you had a dream of three or more witches, this could mean that you dreamt of a coven or a group of tight knit witches.

A coven has different witches within it that can hold different powers or specialties.

If you’ve recently had that dream, this could represent different people in your social circle coming together.

Or, if you feel that this is a more personal dream, this message could be coming from different parts of your personality that have been suppressed.

If there are certain characteristics that stand out to you about each of the witches (especially if these characteristics relate to you), this could be a sign that you need to rely on these parts of yourself in your upcoming reality.

Dreaming of a Witch and Her Potions

Have you recently had a dream of a witch in her home brewing up some crazy concoctions?

This dream is actually a really good sign that you’re about to step into a very creative time in your life.

This dream could be inviting you to rely more on your creativity and to try new things to find your flow in this next chapter in life.

If you’ve been thinking of putting out a creative project, but haven’t ironed out the details just yet, this is a message from the Universe to stop contemplating and just act.

This dream could be the sign that you needed to push yourself out of your comfort zone.

Have you had any other dreams about witches that haven’t been covered here today?

If so, please share your experiences in the comments below! We would love to hear where the dream realm takes you. 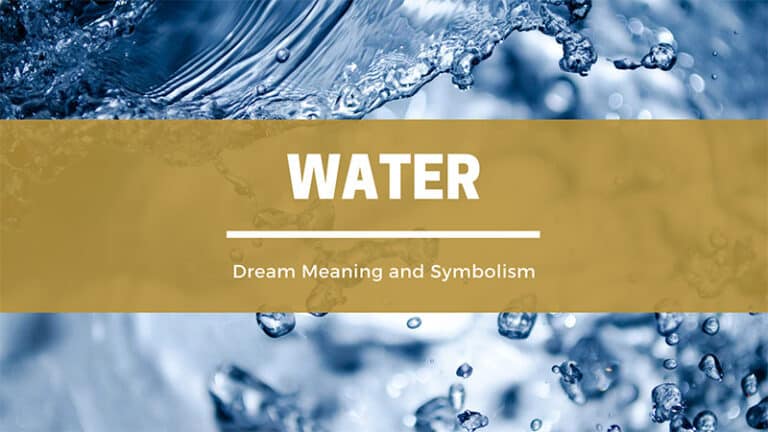 Have you recently had a dream where you or a friend of yours were succumbed by a large body of water? Or, maybe you had… 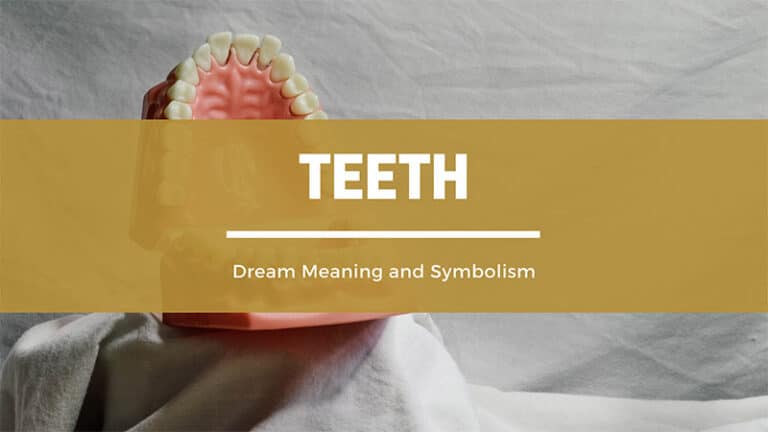 Everyone loves to have a beautiful, gleaming smile… But not everyone likes to see teeth in their dreams. They might not show up as the… 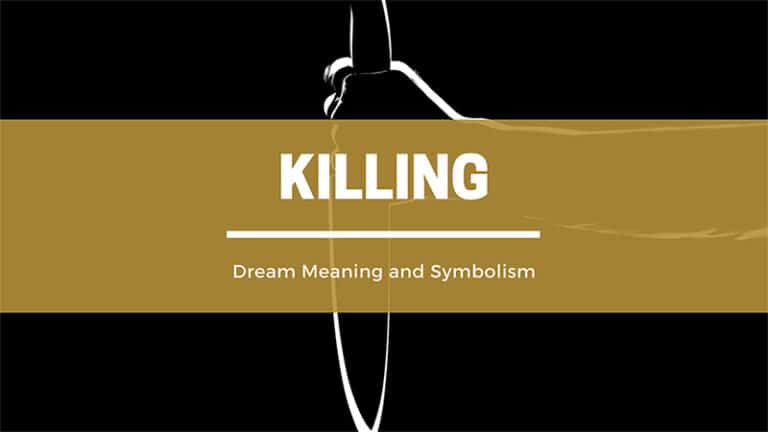 Dreams and nightmares are considered to be two entirely different things because we experience them in different ways. While a dream may leave you feeling… 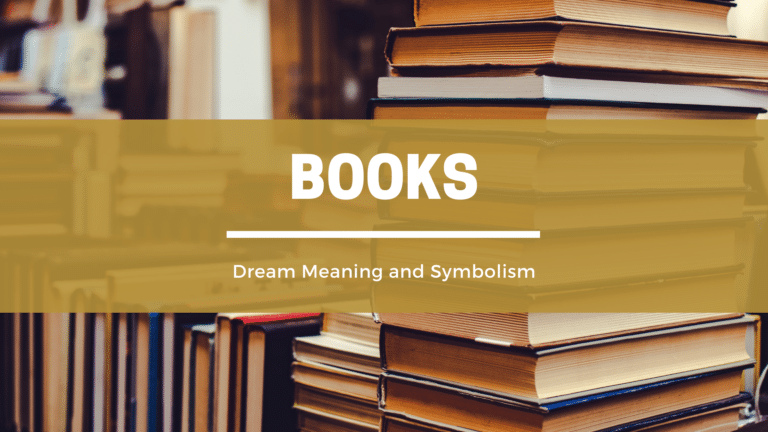 Whether you like to read or not, books may show up in your dreams to reveal very important messages that could be integrated into your… 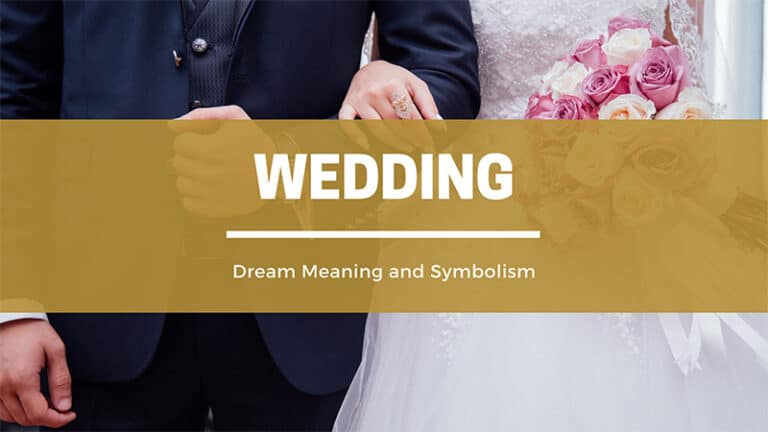 Dreaming of white doves, your beautiful partner meeting you at the end of the isle, and all of your family and friends witnessing the deepest… 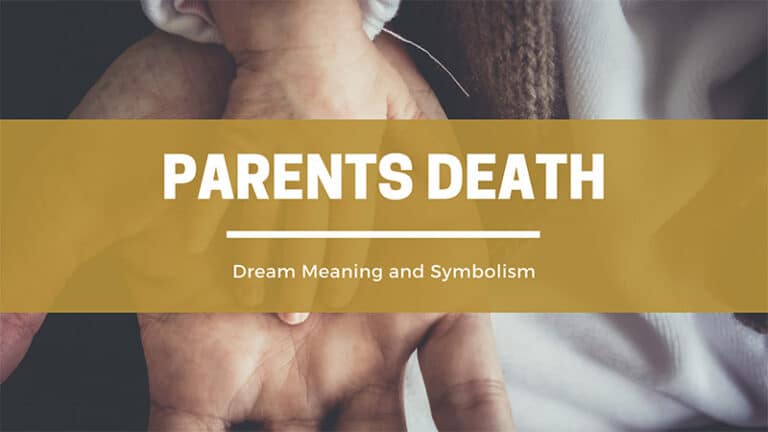 Having a dream about someone you love passing away can be one of the most frightening experiences to wake up to. This can be especially…